Solon Center for the Arts offers a wide variety of private music lessons for students of all levels. Lessons are available for piano, voice, woodwinds, percussion, guitar, and string instruments. All of SCA’s instructors hold degree-level certification on their instruments and are accomplished performers. Instruction is offered in 30-minute, 45-minute, or 1-hour lessons. For more information about private music lessons, please call SCA at (440) 337-1400.

Questions about music lessons at SCA? 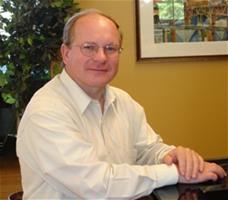 DR. DANIEL BARBER, Piano, is a native Clevelander and a graduate of University School. He studied with Andrius Kuprevicius at the Cleveland Music School Settlement. He holds a Bachelor of Music degree from Oberlin College Conservatory of Music, and Master and Doctor of Music degrees from Indiana University. He has studied with Beryl Ladd, Joseph Schwartz, Jack Radunsky, Gyorgy Sebok, Enrica Cavallo Gulli and Jorge Bolet. Dr. Barber is a pianist of wide-ranging repertory. He has played numerous Carnegie Hall recitals in New York and made his major orchestra debut in 1990 performing Alberto Ginastera’s Piano Concerto No. 1 with Vladimir Ashkenazy conducting the Cleveland Orchestra in Severance Hall. He has been active in the Reconnaisance Chamber Ensemble and the Cleveland Composer’s Guild (all new music concerts). He has made promotional recordings for the Steinway Piano Company, and has served on the piano faculty at Illinois State University, the Cleveland Music School Settlement, and Baldwin-Wallace College Conservatory of Music, and he is currently on the piano faculty at Cleveland State University. Dr. Barber has had recent performances of Beethoven’s Piano Concerto No. 4 and Beethoven’s Piano Concerto No. 5 (Emperor), an all-Liszt solo recital for the Music under the Spire series held at the Lindsay-Crossman Chapel, Baldwin-Wallace College, and Brahms’s Piano Concerto No. 2 with Anthony Addison and the Heights Chamber Orchestra. He plays keyboards for the Akron Symphony Orchestra and serves as organist at Prince of Peace Lutheran Church, and St. Sebastian Catholic Church (Extraordinary Form Latin Mass). Dr. Barber is the author of an article published in the Garland Encyclopedia of Keyboard Music entitled World War II and the American Piano Builders and has also written his own method book, Piano Playing: A Comprehensive Course for the Beginning to Intermediate Level Piano Student. In 2012 he was nominated for a Grammy Award for teaching. He and his wife, Svetlana, have three grown children.

JAN BIS, Piano, has spent the last 19 years teaching piano. He received his Master of Music in Piano Performance at Cleveland State University. Prior to receiving his Master of Music, Jan studied at Baldwin-Wallace College Conservatory where he earned his Bachelor of Music in Piano Performance. During his years at Cleveland State and Baldwin-Wallace, he studied with Margarita Shevchenko and Robert Mayerovitch. Jan is a member of the Ohio Music Teacher Association and Cleveland Piano Teacher Association. Jan works with students of all ages and performance levels. He focuses each lesson on the student’s goals while working on hand position, correct fingering, scales, rhythms and note reading. Jan teaches each student core techniques to allow them to play a broad range of music and is able to prepare them for competitions as well as college auditions. Lessons begin at age 4. 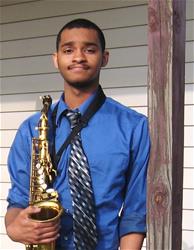 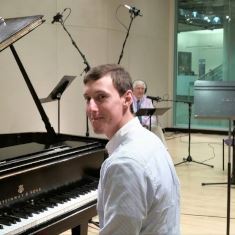 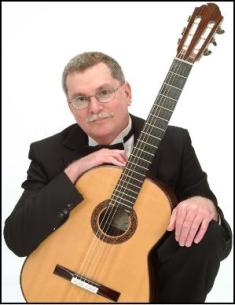 JONATHAN GRIFFIN, Saxophone, Clarinet, Jazz Studies, has performed and soloed at many different venues including the Cleveland Museum of Art, the Lakeland Jazz Festival, the Tri-C Jazz Fest, The Brothers Lounge, Case Western Reserve’s Harkness Chapel, and Cleveland State University’s Drinko Music Hall. While a student at Baldwin Wallace, he participated in the Concert and Symphonic Wind Ensembles, the BW Sax Quartet, the BW Jazz Ensemble and Jazztet, in which he was a featured soloist and composer, and the BW Beatles. He has also had the opportunity to play with Cleveland’s own NeoDixie jazz combo and is a founding member of the Lake Erie Saxophone Quartet and BMONK jazz combo, which has performed at several locations throughout Cleveland. Jonathan is also a former member of the renowned Cleveland Youth Wind Symphony. Jonathan received a Bachelor of Arts in Music with a Jazz Emphasis from Baldwin Wallace University Conservatory of Music. His teachers have included local woodwind players Tom Lempner and Lou Gangale as well as critically-acclaimed saxophonist Greg Banaszak. As an active music instructor, Jonathan is committed to continuously growing as a musician and imparting what he has learned to his own students.

DR. ALEXANDER KOSTRITSA, Piano, teaches classical and popular piano to students of all levels starting at age 5. Dr. Kostritsa was born into a musical family in Moscow and started his piano lessons at the age of 6. Dr. Kostritsa received his Master's degree in Piano and Music Education from the Moscow Tchaikovsky Conservatory, and his Doctor of Musical Arts degree in Piano from the Cleveland Institute of Music. He studied with world-renowned pianists Mikhail Petukhov and Antonio Pompa-Baldi. Mr. Kostritsa is a prizewinner of international piano competitions Premio Rovere d’Oro (Italy, 2007), Slavic Music Festival (Ukraine, 2007), and Paul Badura-Skoda (Spain, 2010). He made his international debut when he was 8 years old with a concert tour to Japan and has since performed as a soloist in Italy, France, Germany, Spain, South Korea, and the United States. Dr. Kostritsa has been actively teaching since 2006 and is currently employed as a piano instructor at Cuyahoga Community College. Mr. Kostritsa's recordings of classical masterpieces and his original compositions are available on Amazon, iTunes, and Spotify.

TOM POORE, Guitar, with over 30 years teaching experience, has taught at the North Carolina School of the Arts Community Music Center and the Cleveland Institute of Music Preparatory Department. His background in teaching children includes Suzuki training, outreach programs through the Broadway School of Music and Passport Program, and the Cleveland Public Schools Arts in Summer Education Program. 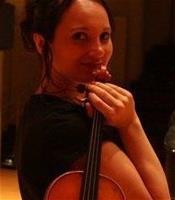 NATALIYA SHEHLUK, Violin, Viola, was born in Lviv, Ukraine where she began her violin studies at the age of five. In addition to public school, Nataliya attended Lviv School of Music, where she learned to play violin and piano. Her studies also included solfege classes which focused on music theory and ear training.

In 1997, Nataliya continued to develop her skills at Lviv State Musical College. In 2001, she earned a Bachelor's Degree in Violin Performance with multiple honors. The same year she passed entrance exams and was admitted to Lviv State Academy of Music. At the Academy of Music, Nataliya pursued her graduate studies in Violin Performance and continued to develop her violin technique and musicality. She participated in different ensembles including a string quartet and performed at concerts and recitals regularly. Occasionally, she performed with Lviv Opera Theatre Orchestra during Opera performances at Lviv National Academic Opera and Ballet Theatre. In 2003, Nataliya joined Leopolis Chamber Orchestra and had an opportunity to travel and perform in European countries.
​
​ In 2004, Nataliya moved to the United States of America and started working on her Music Education degree at the University of Akron. As a part of Music Education program, she was learning to play several orchestra instruments including viola, cello, trumpet, trombone, tuba, fagot, french horn, flute, and drums. Though playing violin is her passion, Nataliya found conducting, voice, and violin pedagogy among her favorite disciplines. She began her teaching career in 2008 by giving lessons at the Celebrity School of Music in Warrensville Heights, Ohio.
​
​In 2011, Nataliya completed the Master of Music degree with concentration in Violin Performance from Cleveland State University. Among her violin teachers throughout the years were Yulia Onyschenko, Alan Bodman, Cory Smith, and Peter Otto (second principal violinist at Cleveland Orchestra). During her student years at Cleveland State University, Nataliya started working at Strongsville Academy of Music. At the same time, she was actively performing with Northeast Ohio orchestras, including Firelands Symphony Orchestra and Euclid Symphony Orchestra. Nataliya began teaching private violin lessons and Art for Kids group violin classes in 2012 at the Solon Center for the Arts. Also, she continued to perform as a strolling violinist and a singer at Mirage Banquet Hall and Crystal Party Center in Cleveland, Ohio.
​
​In 2015, Nataliya accepted the orchestral music tutor position with the Orange City School District in Ohio. She was helping students to learn their orchestra parts and to correct their postures. From time to time, she was given an opportunity to conduct the orchestra rehearsals and concerts, which provided a valuable experience.
​
​ In 2016, Nataliya was appointed as a Concertmaster at Solon Philharmonic Orchestra. The combination of teaching and performing makes Nataliya feel accomplished as a musician, however she is always ready for new endeavors.