The City of Solon continually works with the Cuyahoga Soil and Water Conservation District and the Northeast Ohio Regional Sewer District to educate and increase public involvement in changing perception and behaviors of the public for a cleaner and healthier environment. The City has adopted the theme of "SOLONution to Pollution" in that effort.

The City of Solon’s Municipal Separate Storm Sewer System (MS4) is located in the Chagrin and Cuyahoga River (Lower) watersheds, which has a Total Maximum Daily Load (TDML) for phosphorus, nitrogen, low organic enrichment, sediment, bacteria, and habitat. Maximum Daily Load (TMDL) defines the maximum load (or amount) of pollution that a stream can handle and still be considered healthy and outlines a plan to restore good health to streams that are not meeting water quality goals. 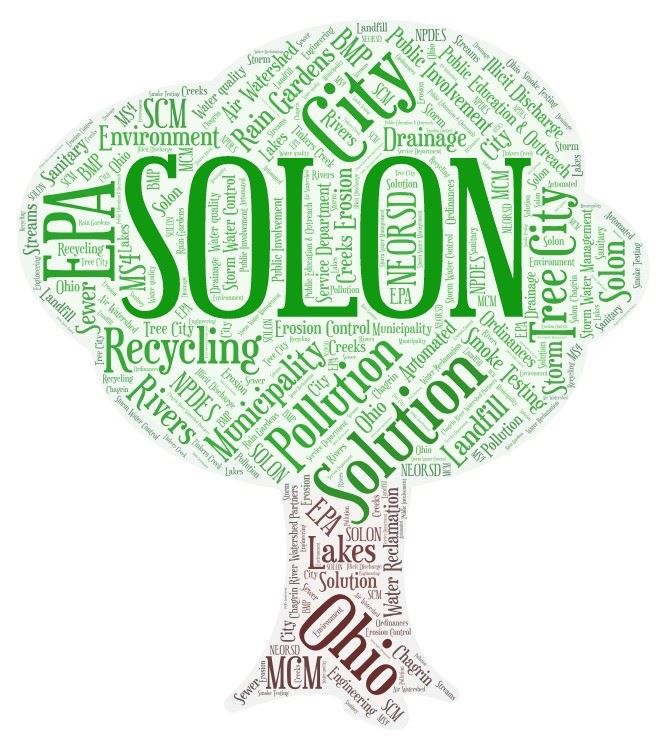 A TMDL identifies how much pollution exists and where it is coming from; specifies the amount of pollution reduction needed to meet water quality goals; and recommends actions that will improve water quality in the streams. The City targets pollutant sources identified in the TMDL such as sediment pollution from improperly controlled construction sites, nutrients from over fertilizing and bacteria from pet waste. The education and outreach program also focuses on addressing total suspended solids and habitat through promotion of the "SOLONution to Pollution" program educating residents on the benefits of reducing runoff.   See more on how you can help reduce runoff below.

Trees are valued for the beauty and many other benefits they bring to our landscapes and neighborhoods. Trees are increasingly recognized for their importance in managing runoff. Their leaf canopies help reduce erosion caused by falling rain. They also provide surface area where rain water lands and evaporates. Roots take up water and help create conditions in the soil that promote infiltration. This all helps in reducing runoff.  Also think of some other ways around your property to help reduce runoff.
Some examples include the following: 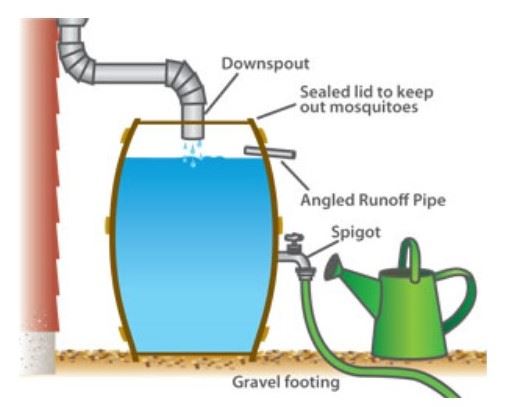 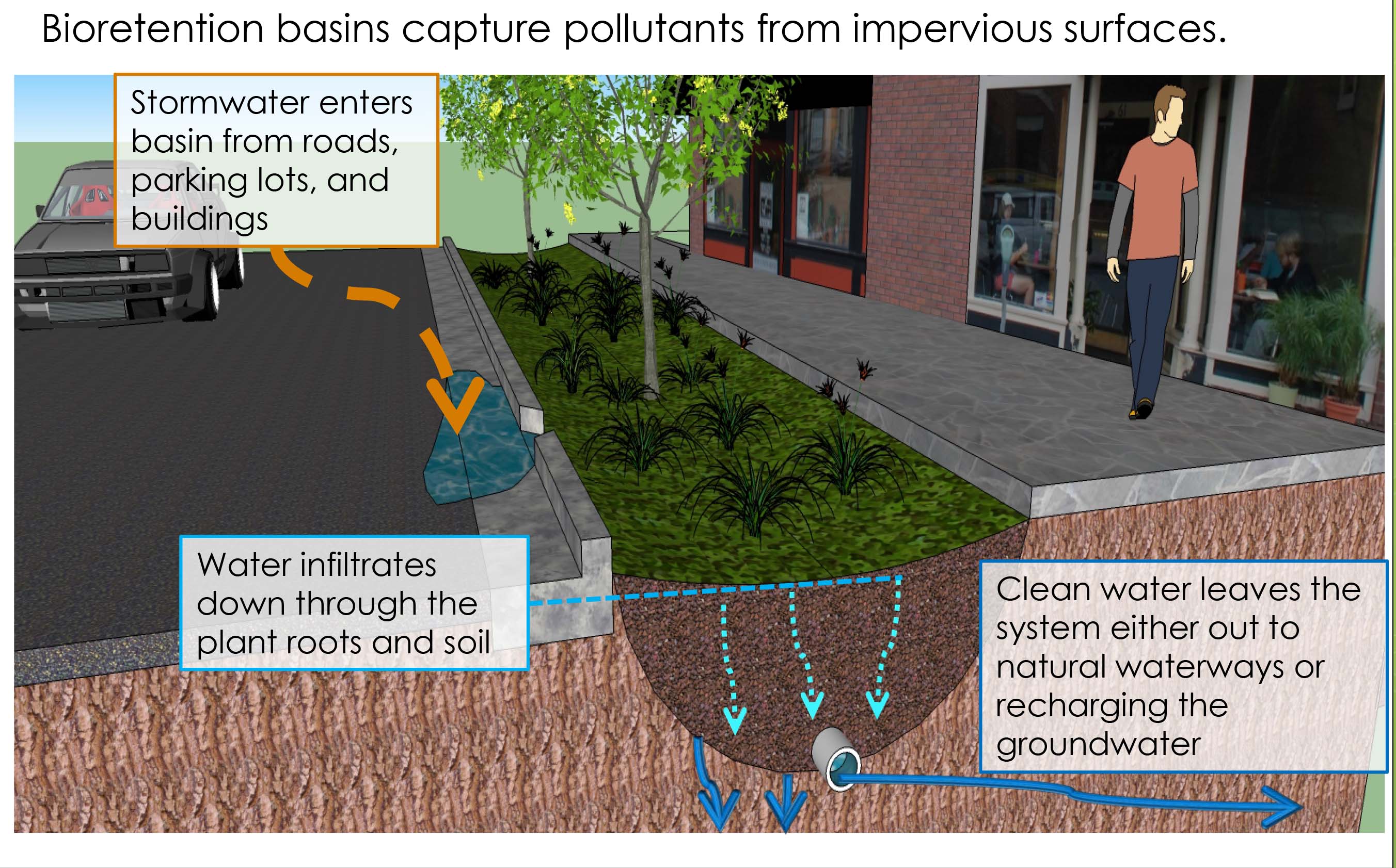 Please note that some of these of these may require a permit for installation. Please contact the Engineering Department at 440-349-6745.

(Some of the information found on this page comes from the Ohio EPA website. 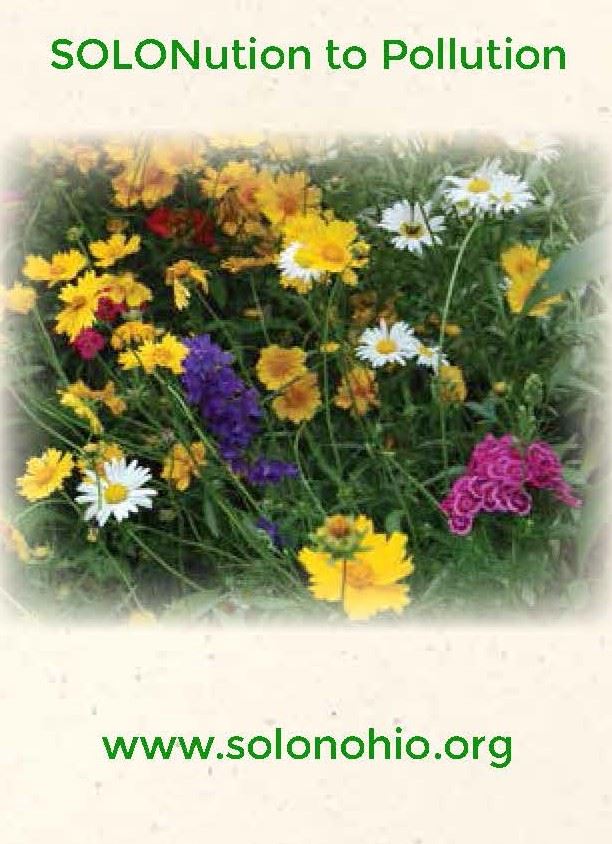 Packets of wildflower seeds will be handed out (one packet per family) at our Earth Day Celebration or by visiting the Engineering Department in City Hall. Planting of wildflowers is one way to reduce stormwater runoff.

Native plants, such as shrubs and wildflowers, tend to develop more extensive root systems that take in and hold water much better than lawns. This ultimately creates less runoff.