The Solon Fire Department was started in 1924 when the village purchased a Ford Model "T" Truck with 2 large chemical tanks, some hose, and a dozen or so buckets as equipment. The truck was kept in a 1 car garage added to the side of the old Solon garage on Bainbridge Road, which now houses H&H Towing. The garage was operated at that time by Edwin (Dusty) Rhoads who was the only firefighter.

In 1927, Clyde Knowles Sr. took over the operation of the Solon Garage. He became a 1 man fire department and the first Fire Chief when the volunteer department was organized in 1928.

On August 5, 1929, the village approved the purchase of a Model A Ford fire truck for the amount of $582. The equipment from the Model T was then installed on the Model A. The next improvement was to put a front mount pump on the Model A. The chemical tanks were removed and replaced with a water tank. 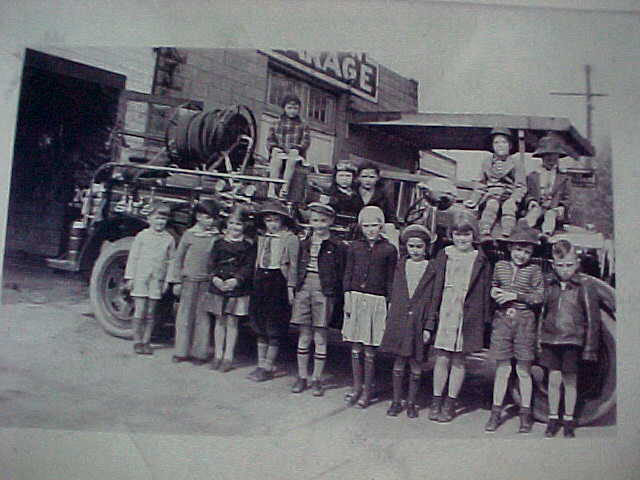 Model A at Solon Garage

The Model A gave faithful service to the community for many years before being retired and sold to the Orange Village Fire Department. It was later sold to private owners. The Model A was thought to be lost until it was located in 1996 and purchased by the Solon Firefighters Association, Local 2079. The firefighters began the restoration project until funding became an issue in 2001. The firefighters requested and received financial assistance from the City as well as the Historical Society for this project resulting in completion at the end of 2002.

The department has now grown from a 1 man volunteer department to a modern career department with 60 men and women operating from 3 fire stations. The department utilizes 4 rescue squads, 4 pumpers, 1 ladder, 1 hazardous materials unit, and a number of utility/support vehicles.

The department thanks retired firefighter and historian Bob Shimits who compiled the information and pictures. 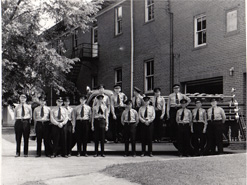