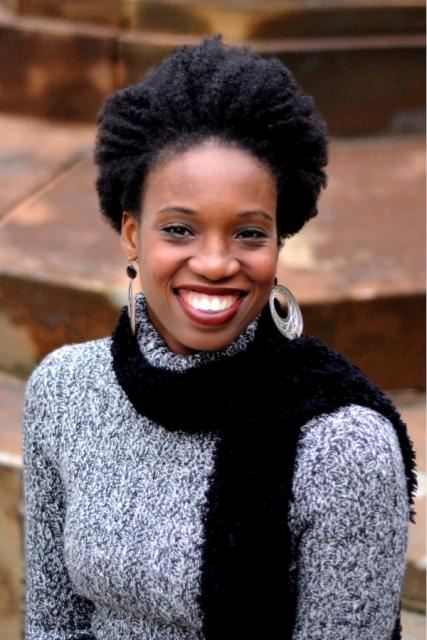 Andrea Belser is a Performing and Teaching Artist from Cleveland with a Bachelor of Arts in Theater Studies, emphasizing in Dance and Applied Voice, from Wright State University. Andrea teaches various dance, theater acting, and musical theater to all ages and abilities with theaters and companies around Northeast Ohio, including but not limited to Playhouse Square, Dancing Wheels, Cleveland Play House, and DANCEcleveland. She also continuously works on and off stage as an actor, dancer, singer, choreographer, stage manager, and dresser. You may have last seen her perform as Aesop in TheFox and the Crow at Talespinner Children's Theatre, Ensemble in Aida at Karamu House, Dr. Ehrn in Freaky Friday at Lakeland Civic Theater, Chiffon in Little Shop of Horrors at French Creek Theater. Her backstage credits include Choreographer for My Way at The Fine Arts Association, Stage Manager for A Doll's House at Mamaí Theatre, and Dresser for the All-City Musical 42nd Street.Andrea's awards include 2008 Best Actress in Cleveland for her role as Juliettein I Have Before Me a Remarkable Document Given to Me by a Young Ladyfrom Rwanda at Dobama Theater, and a nomination for 2012 Best Actress in Cleveland for her role as Pecola in The Bluest Eye at Karamu House. 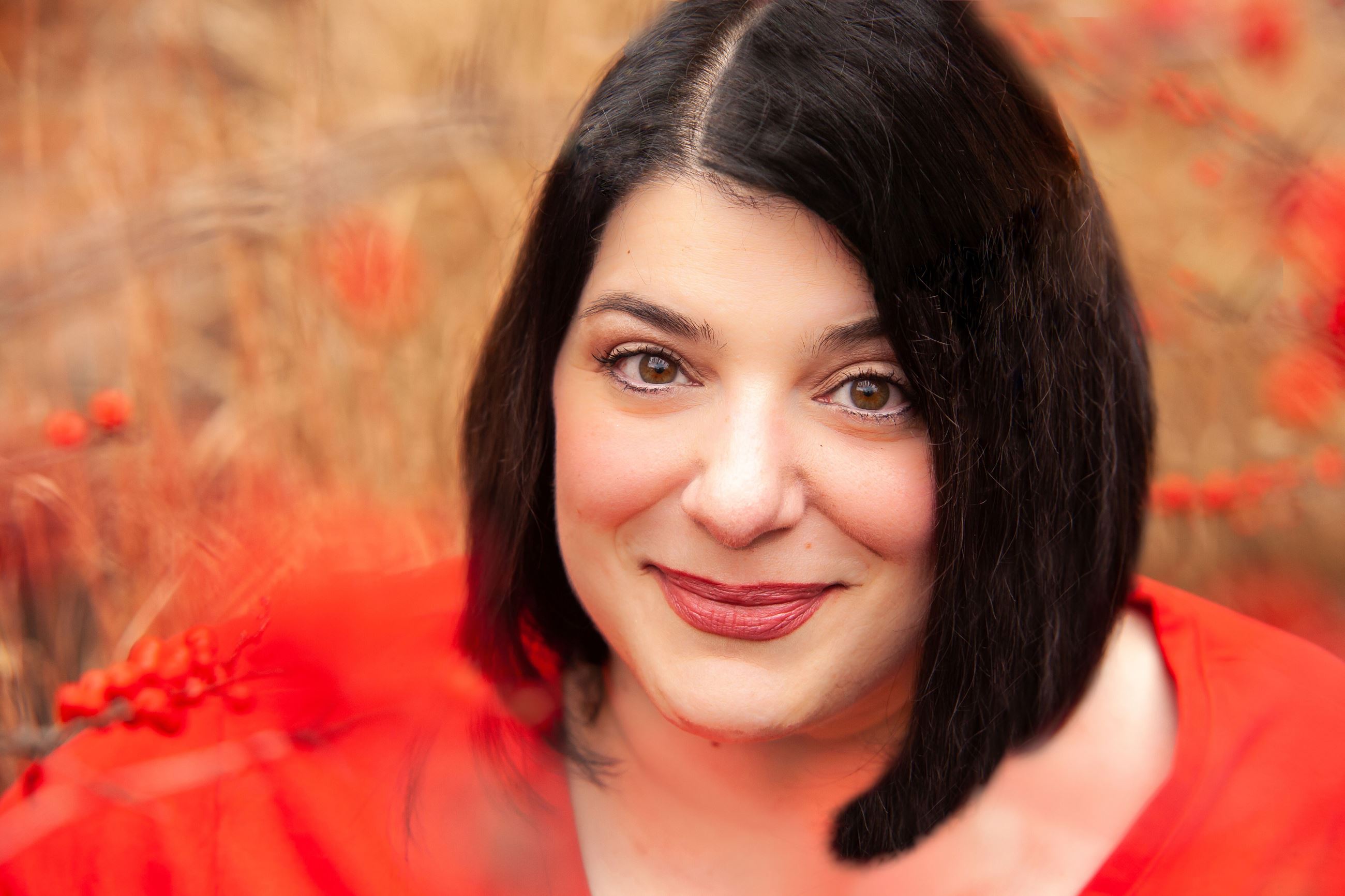 Jenna Messina has been performing, directing and teaching theatre arts in NE Ohio for over 25 years. She has a Bachelor of Arts degree from Baldwin-Wallace University where she studied acting, directing and psychology. Previously, she has taught at Cleveland Playhouse, Beck Center for the Arts, and Cassidy Theatre, all of where she has also directed and performed. In addition, she has worked at Cleveland Public Theatre, Dobama Theatre, Pickwick and Frolic, Blank Canvas Theatre, Lakeland Civic Theatre, and TruNorth Cultural Arts among others. Jenna also serves as the Youth Development Coordinator for the Akron Area YMCA where she developed THRIVE, a trauma-informed out of school time program that helps students build literacy skills, emotional resilience, and healthy habits to succeed in school and in life. When not teaching or performing, she enjoys kickboxing, yoga, CLE sports, and spending time with her family. 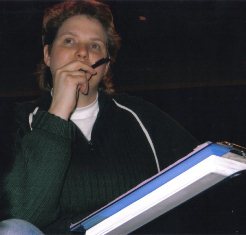 Kristina Ferencie is a 1988 alumna of Solon High School, where she has designed and directed for 20 years. Professionally, Kris has stage managed 4 of Cleveland’s longer-running shows at Playhouse Square’s Allen Theatre and the Hanna Cabaret. Area lighting designs include Tony & Tina's Wedding, Hedwig and the Angry Inch, Berea Summer Theatre and the Cleveland San Jose Ballet. 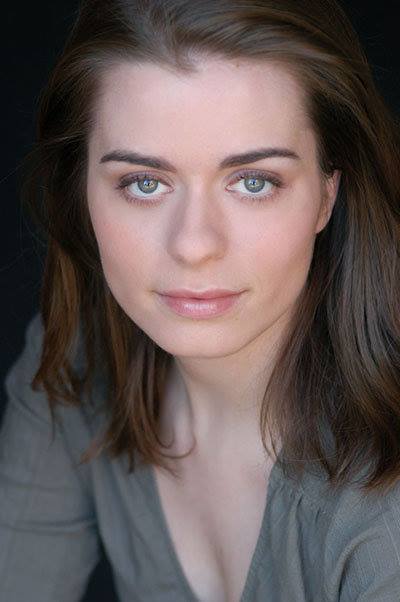 Krsnaa Fitch is a graduate of the American Musical & Dramatic Academy in New York City, and has been teaching acting to children and adults for over a decade. She has had a love for the stage since before she could read the script (her first director handed her the script, and then said, "Oh wait, you don't know how to read yet!") and began writing and directing plays at the age of 14.

Krsnaa has acted Off-Off Broadway, in many places around the USA, and even got to fly to India to be in a show! She began the Gainesville Shaw Society in Gainesville Florida, and produced works of Shaw to much acclaim. She learned to love GB Shaw interning for David Staller & Project Shaw at the Players Club in NYC. Her favorite thing to witness is someone finding "their tribe" in the theater, and helping her students learn to love the art, and find their own voice and inner creative fire. 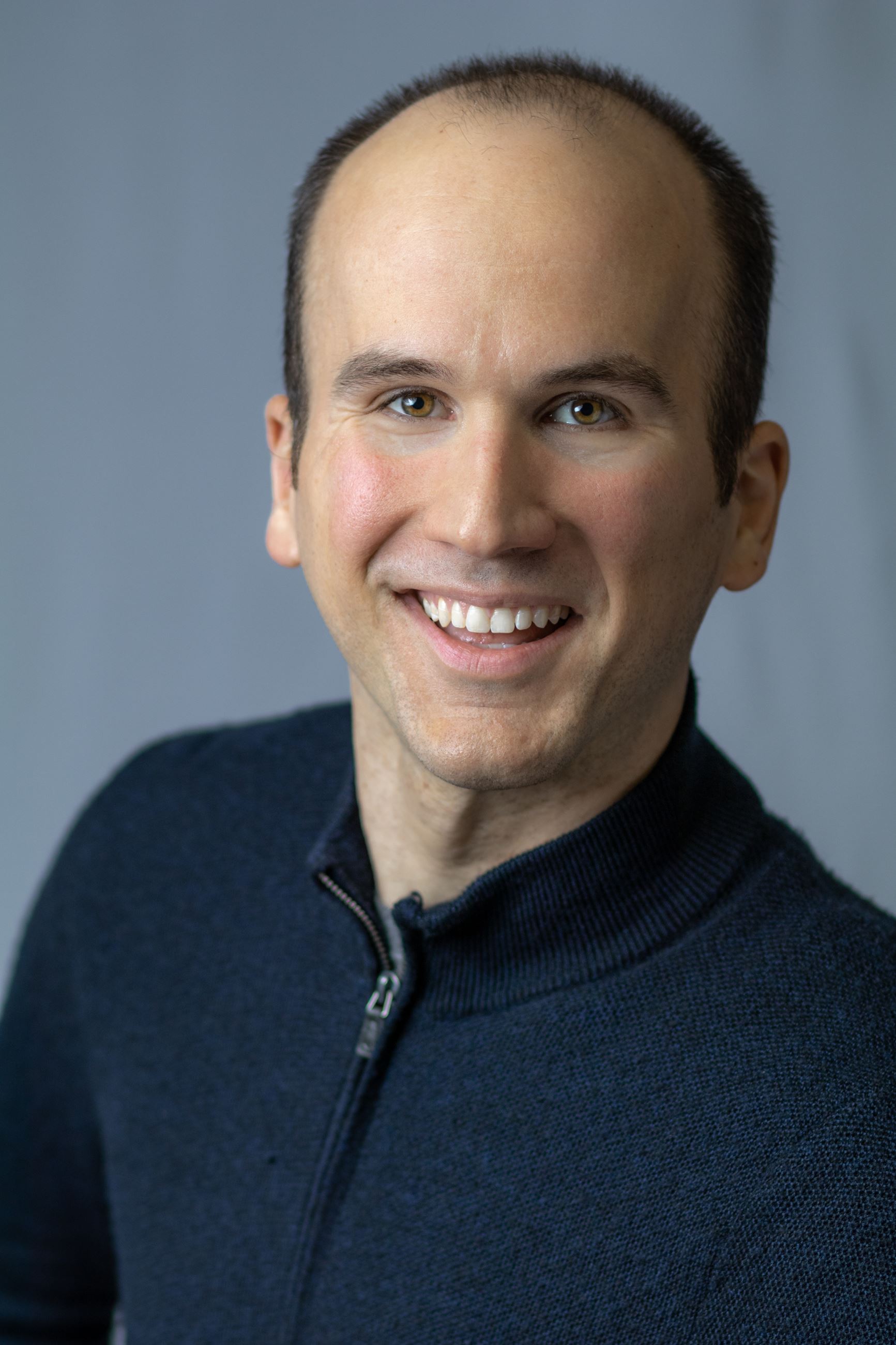 Matthew J Wilks is pleased to join the staff at Solon Center for the Arts!  A graduate of The American Musical and Dramatic Academy in New York City, he has been working professionally in all areas of the performing arts industry for over 10 years.  Selected Theatre Credits: How The Grinch Stole Christmas (The Grinch), The Importance of Being Earnest (Algernon), The Nerd (Axel), 2 seasons at Hilarities Comedy Club in their murder mystery parties, and 8 seasons as a resident actor and educator with The Illusion Factory, a children’s theatre touring company. Selected Film Credits: Little Evil, Draft Day, and White Noise. Currently he can be seen performing throughout Northeast Ohio with 4 Murder Mystery Theatre Companies. 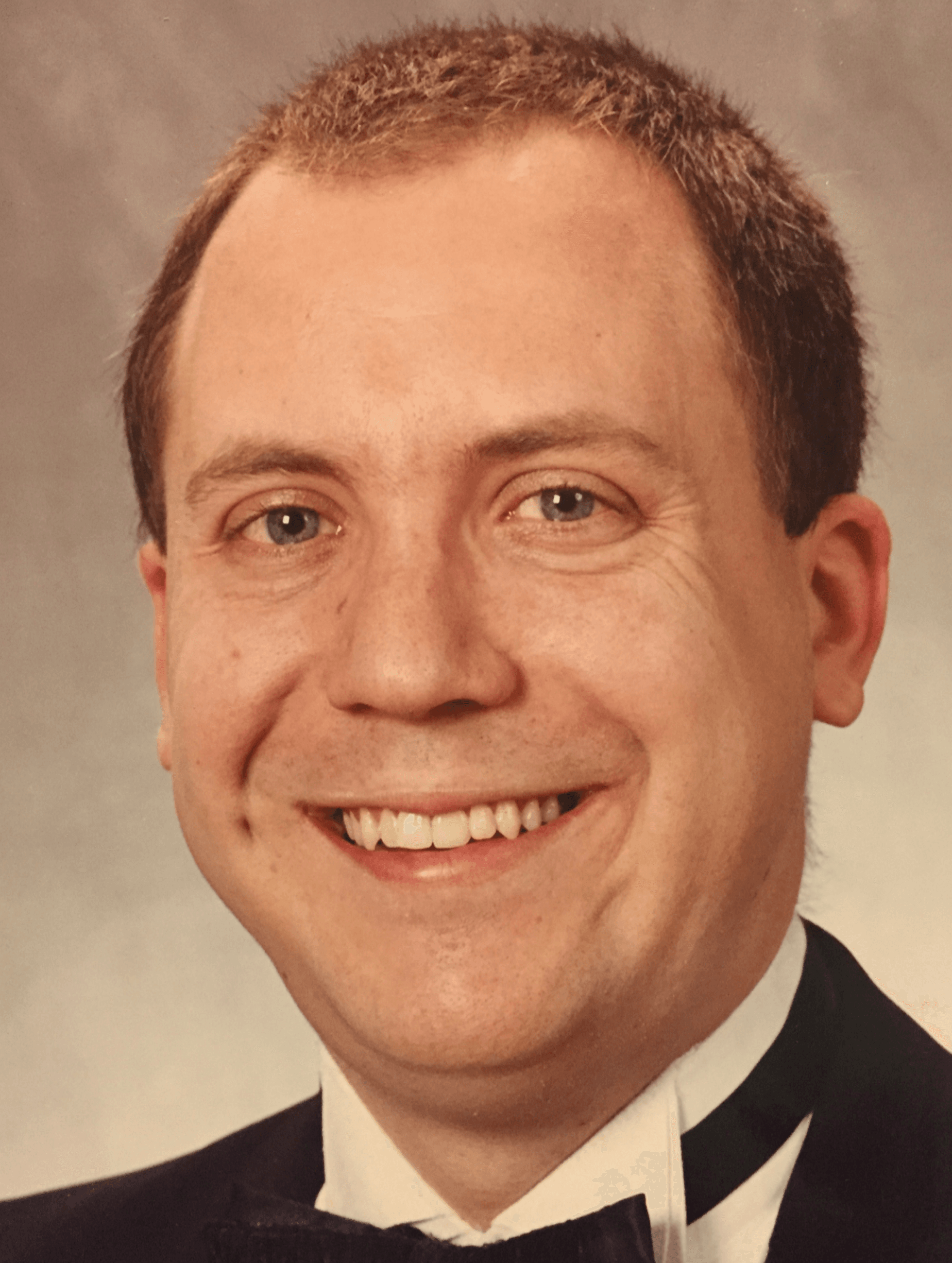 William C. Shaffer is proud to be a Cleveland native. He is a free lance organist, pianist, accompanist and music director in the greater Cleveland area. He received his Bachelor’s Degree in Piano Performance from Baldwin Wallace University, and a Masters of Music Degree in Collaborative Piano from The Cleveland Institute of Music.

William has enjoyed an extensive performing career, playing at all major venues in the greater Cleveland area, including Severance Hall with the Cleveland Orchestra, Cleveland State University, Kent State University, the University of Akron, Baldwin Wallace University, Cleveland Institute of Music, and several others. He enjoys accompanying as well as solo playing, and has had opportunities to perform with the Chicago Symphony, Blossom Festival Orchestra, the White House, and three international tours.

William recently completed his first national tour with the Broadway show Something Rotten, where he was both Associate Conductor and Keyboardist for the shows. Other Broadway shows William has played for include Wicked, The Addams Family, Pippin, Cinderella, If/Then, Billy Elliott, Grease, West Side Story, and Finding Neverland, and Beautiful: The Carole King Story. He will be playing for the upcoming run of Hello, Dolly and Les Miserables at Playhouse Square, and for Mamma Mia with the Great Lakes Theater. 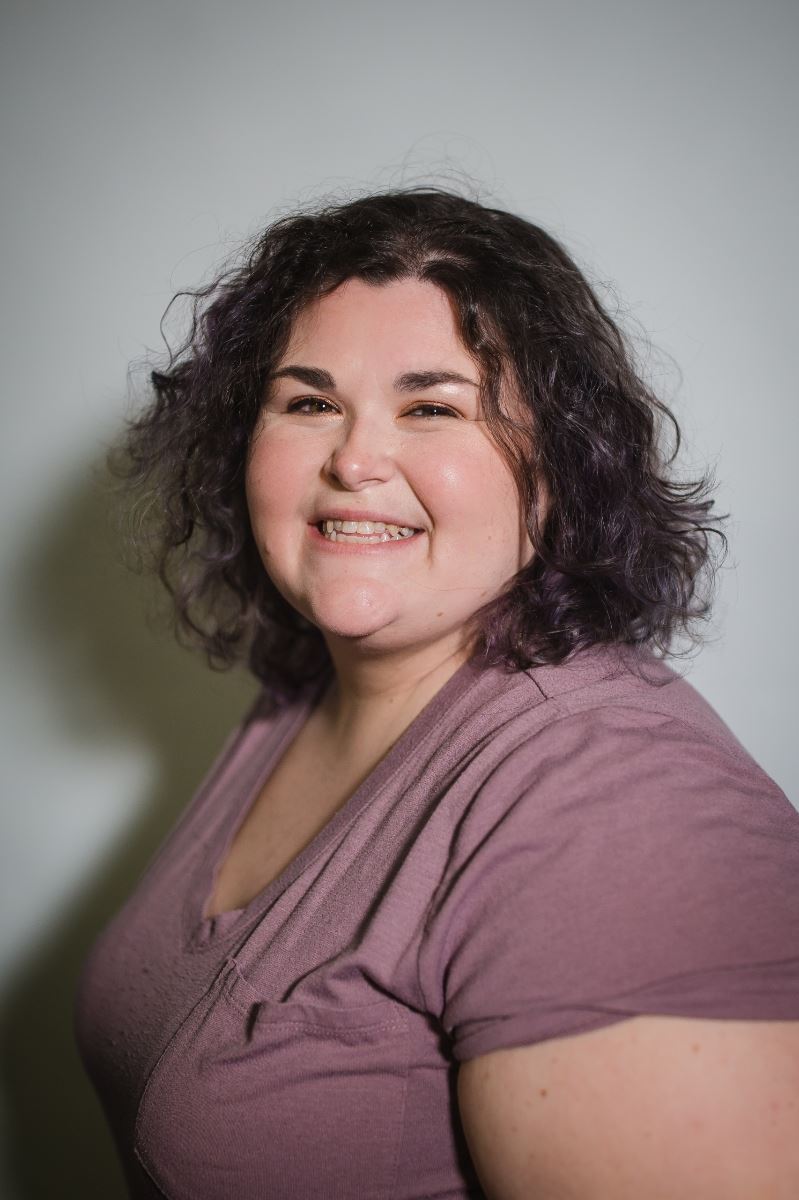 Michelle Wilson is thrilled to join the staff of Solon Center for the Arts. She has received a Bachelor of Arts in Musical Theatre from Siena Heights University (SHU). Previously, she has worked with the Creative Stages Program at SHU as a Teaching Artist. During this time, she helped kids grades K-12 create and reach their full potential on stage. Michelle found her passion for theatre at the early age of five years old and her creativity blossomed from there. While she’s not teaching and performing, she enjoys swimming, cooking/baking, and writing plays. 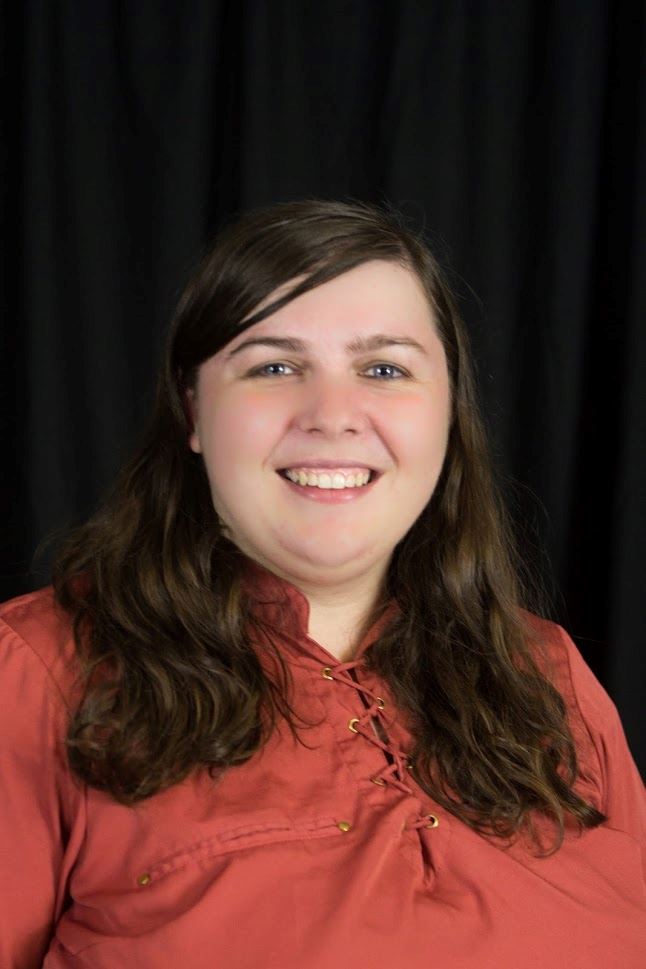 Katherine has been doing theatre in the Cleveland area ever since she graduated from Bowling Green State University in 2012. During that time she has run theatre camps and directed productions as well as serving in roles such as assistant director, stage manager, costume designer, props master, choreographer, and technical assistant. She is proud to be the new Theater Coordinator at Solon Center for the Arts and has much experience working with schools and theaters such as 82nd Street Theater, The Royalton Players, Chapman Elementary School, Hudson Middle School, Buckeye Community Theatre with Fred Hargrove Young Artists, Cuyahoga Community College and more. She’s also had the pleasure of acting in performance partnerships with Mapleside Farms, Tower City’s Kringle’s Inventionasium, The Cleveland Clinic and Cuyahoga Valley Scenic Railroad.