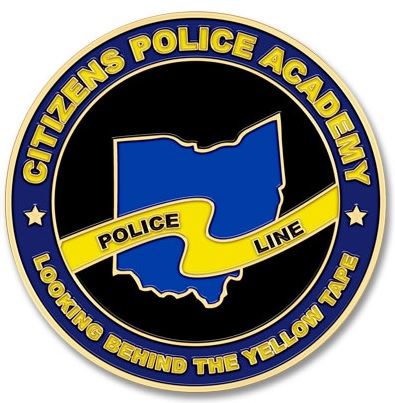 Unfortunately, the Solon Police Department will not be hosting a fall session of the Citizens Police Academy. The next academy date is to be determined.
The length of the course is nine weeks and most classes are scheduled for Tuesday evenings between 6:30 to 9:30 PM.  All classes (Exclusive of Medical Examiner’s Office) will be held in the City of Solon. Applicants must be at least 18 years of age and must be a Solon resident, Solon business owner or employed within the City of Solon.  Applicants are subject to a background check and may be denied acceptance into the Academy based upon those checks. There is no fee to attend this Academy.

The Citizens Police Academy is a nine-week program designed to give participants a working knowledge of the Solon Police Department.  The purpose of the Academy is to increase citizen awareness of the day-to-day operation of the Solon Police Department by educating them on various topics relative to the role of a Police Officer in the City of Solon. The Academy is not intended to make citizens into Police Officers, but to allow citizens to learn more about police operations. It consists of a series of classes and discussions on various topics.
During the sessions, students will be presented with information on various aspects of police work as it relates to our community.  At the end of the nine weeks, graduates will be permitted to schedule a “ride-along” with a patrol officer for one evening. Graduates of the Citizens Police Academy will be eligible for future police related volunteer opportunities.
Notify Me
Rec Program Signup
Agendas & Minutes
Employment
Forms
Solon Videos
Facebook
Twitter
LinkedIn
YouTube
NextDoor
CodeRed
Government Websites by CivicPlus®
[]